No finishers at the Barkley Marathons

None of the 40 runners who attempted to finish the 100-mile Barkley Marathons in the mountains of eastern Tennessee completed the race within the 60 hour time limit, the first time since 2007 that the endurance test had no finishers.

“The mountains won,” said Gary Cantrell, who created the event in 1986. “I was pleased with the outcome. It’s a competition between the humans and the mountains.” In 30 years, 14 out of about 1,100 runners have completed the race, made up of five loops around a mountainous 20-mile course. With a finisher rate of about 1 percent, the Barkley has been labeled by many as the world’s hardest race. 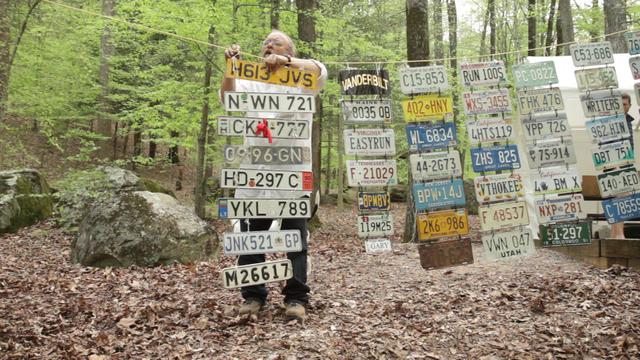 There's a new documentary out now -- The Barkley Marathons: The Race That Eats Its Young

I think it's out on Netflix (US?) so check that out it looks really good

Every year, 40 international runners descend upon Tennessee with a compass and a prayer to test their limits against the Barkley Marathons. Inspired by James Earl Ray’s escape from nearby Brushy Mountain Prison, the race’s founder Lazarus Lake is as weird, unpredictable and irresistible a character as the idiosyncratic course he has created. Enshrouded in mystery, from the secret application process to the measly 10 finishers in its first 25 years, this “ball-buster” of a trail race has gained cult-like status with ultra-runners and amateurs alike. Participants are challenged by inexact directions, inhospitable conditions and obstacles like “Rat Jaw” and “Testicle Spectacle.” From the entry fee of $1.60, a flannel shirt and a license plate (for race virgins) to the cigarette lighting that marks its start, this is a 60-hour endurance race like no other. This oddly inspirational and wildly funny sports documentary champions success in failure, fun in futility and the joker who organizes it all.

The doc is on Canadian Netflix as well. Really great to watch. The "race director" (I'm sure he wouldn't want to be called that) is an interesting character.
Reply Quote
Post a reply, start a new topic, join the conversation!