Posted November 10, 2015 12:59PM by Skye in the Cycling Forum
If you've had your bike stolen in Vancouver or want to have some input into the way VPD resources are used to prevent theft and recover bikes, take their online survey: http://fluidsurveys.com/s/VPDStrategicPlan/

The VPD have been working closely with Project 529 lately, providing lots of pop-up bike registration and engraving services along commuter routes to get as many bike serial numbers registered as possible. Seems like a good start.

I've always thought using "bait bikes" with a GPS tracker down the tube would work well, apparently they're already doing that! 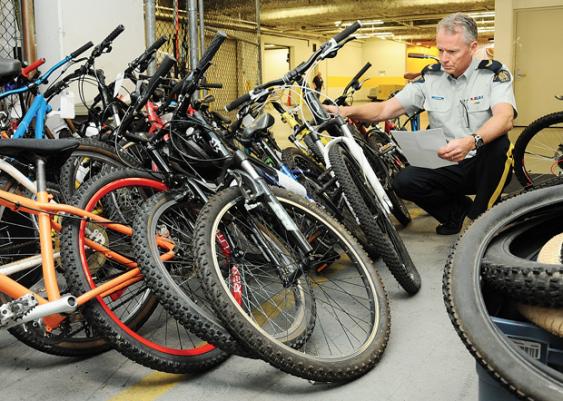