What do you take for sore muscles?

Posted April 07, 2015 02:29PM by Skye in the Cycling Forum
Personally, I usually take a naproxen (Aleve) when muscle soreness is severe, one pill lasts me all day. If I've really messed up my back or neck in knots, I might take a T1 in the evening to loosen up, unfortunately Robaxacet doesn't seem to work for me. I only use meds to dull soreness, if I'm in pain I take it easy, don't want to make an injury worse.

What do you use for soreness if anything?

Also curious if pros pop any pain pills or do they rely on massage and tough it out?

(Learned something new reading that: you're not allowed to have a drink before flying a plane, powerboating, car racing, motorcycle racing, or.... archery. Maybe it steadies your hand?)

I always tough it out. I'm afraid of disguising pain and would rather know what's ailing. I rely on stretches or overload on liquids to try to minimize cramping. Also, beer. Works for me.
Then again, I'm usually in some sort of pain most of the time, so it's a matter of compensating or plain ol' ignorance.
Reply Quote

For sure, mental toughness is a big part of any endurance sport and suffering is something that needs to be trained. On the other hand, I like to suffer during the ride/run, not so much later when I'm trying to work or sleep.

I'm definitely taking plenty of liquids on board. I'll have to try doing more post workout stretching and see if that helps. I've found that sitting or keeping my legs elevated with a blanket to keep my quads warm really helps recovery too.

Unfortunately any kind of alcohol after a hard workout knocks me right out, and makes my PLMD/restless legs much worse, so I have to avoid drinking while training hard.

This article I posted on the Tri forum about performance vs pain perception is interesting:

Just catching up on some Giro d'Italia coverage today and of course after Contador's crash at the end of stage 6 there's been a lot of talk about what treatments he's receiving to continue riding with his dislocated shoulder. According to Matt Stephens, back when he rode the Giro in 2000 you could get cortisone (steroid) injections which would completely mask joint pain, but that's not allowed anymore.

Contador has to continue with only physical therapy, massage, bandaging, and paracetamol (acetaminophen aka Tylenol) which is a pretty weak anti-inflammitory. He mentioned something about "special dispensation" for use of other medications which I think is for riders with chronic conditions such as diabetes but doesn't apply here.

Just doing some more looking around, I didn't know NSAID stood for Non-Steroidal Anti-Inflammatory Drug. This includes acetaminophen, ibuprofen, aspirin, and naproxen. These all seem to be allowed, but of course they don't fix or heal anything, just mask the pain, so you could be making an injury worse by continuing to train or race. They can also affect your GI tract and of course long term use has other side effects. On the other hand, if taking something means you can get a good night's sleep, that can go a long way to helping the recovery process.

According to one source I read, "For some triathletes, popping ibuprofen or other NSAIDs is as common as brushing your teeth" which seems like overuse to me. YMMV.

Actually NSAIDs (ie Ibuprofen) do speed up healing as they reduce swelling (hence anti-inflammatory) unlike Acetaminophen which just masks the pain. Always take Ibuprofen, not Tylenol, for muscle soreness.

FYI the best remedy for soreness is stretching! I have a trainer in Whistler and after a few targeted stretching sessions, I am finding I can ride much longer and harder now with far less shoulder / neck pain. Ditch the pills, invest in a (human) trainer, and get stretching!

There's some good athlete advice around this — triathlon is 5 sports not 3, the other 2 being stretching & sleep.

When do you stretch, directly after the ride, a few hours later, the next day? All of the above?

I really have to try this some time... and maybe get a foam roller. Space is limited in the apartment for more stuff.

If you really want to cycle hard, spending for two sessions with an experienced personal trainer (mine is an Ironman, RMT, and certified endurance athlete coach) to establish what your body specifically needs is key and will potentially save you from what can be permanent neck and back damage. The above video is very basic and probably won't do much, really, other than establish a low baseline for stretching and recovery.

I roll out on the foam roller after every ride, and try to stretch 3x a week with the full 1.5 hour program. A foam roller is a wicked investment and can be had for $20 shipped off Amazon! I've also got one of the orange hollow ones that I travel with, plus three different hardness balls to roll on, plus straps and tensor rubber straps... you get the picture. Also doubles as a neat set of athletic bondage equipment.

PS. What we're not discussing here is bike fit. Make sure your bike is well-fitted first — the BikeFit guy in Vancouver is good. Often people are destroying themselves with poor fits. Get fitted, know the angles you should be at, and also work on riding posture, which is really about core strength too, and also how to mix-up your riding position to alleviate pain. Also high cadence cycling is key here too; mashing on the pedals will destroy knees and so on. So the whole pain / suffering thing is holistic. Pain / suffering will happen, but it should happen when serious endurance kicks in and muscle fatigue because you're not (yet) fit; it shouldn't be happening from a bad bike fit, lack of flexibility, poor posture, etc. That stuff can be remedied, so THEN you can train hard to kill it with less suffering / pain.

Btw speaking of bike fit, I am going to be putting on a longer stem! Stretching & strength work has me more able to support my core and keep my shoulders down and back, and so now I can adjust my position better and be less cramped in the frame as well as more stable with handling.

Bike fit is super important for sure. I find I get more pain when I try to use a shorter stem to achieve a more upright position - in fact it's more comfortable for me to be stretched out (to a point). Like you said, you have to have the core and neck strength to ride long hours like that, and constantly run through your positioning checklist (straight back, relaxed shoulders, engage core, soft hands, etc etc)

BSP has that high tech Guru bike fit system, I'm kind of curious how closely it would match to the measurements I've sort of organically developed on my road bike. I just lowered my stem by another 10mm... and then raised it back up 5mm. Also swapped out the 75mm stem for a 90mm on the CX bike. I bought a cheap goniometer off eBay but I haven't used it yet - one of these days I'll have Ali measure some angles at various leg and hand positions with the bike on the stationary trainer. 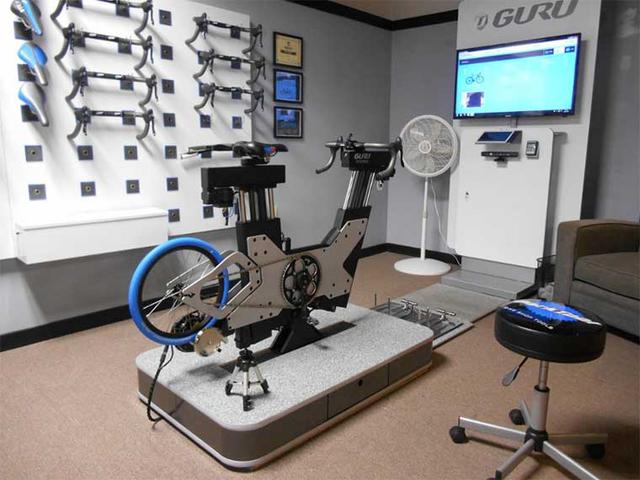 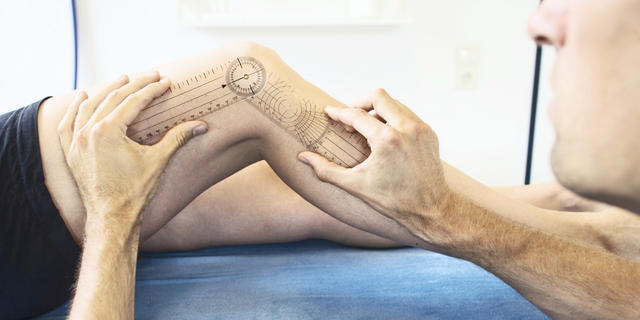 The most important thing is seat height & fore/aft position which should be checked by a third party using a plumb line and the 0.83 ratio, as this is near impossible to do yourself — any good LBS can do this. Corsa in Squamish uses a simple laser to check knee alignment as well as cleat positioning is super important. The Guru system is neat but overkill; I don't think you really need motion capture technology to do this. I'd check out Dave @ Bikefit.