Posted March 05, 2015 05:48PM by Skye in the Cycling Forum
Is it curtains for Astana Pro and Vinokourov?

The Independent Licence Commission has returned their report to the UCI and they recommend pulling their World Tour licence.

Where does this leave Nibali and does it cast suspicion over his Tour victory??

"The UCI formally requested that its Licence Commission revoke the Kazakhstan team's WorldTour licence after an audit by the Institute of Sport Sciences of the University of Lausanne (ISSUL) of the team's anti-doping culture, policies, structures and management systems. The UCI also claimed that it has now received important evidence from the Padua police investigation. This was not available when the UCI Licence Commission granted the Astana team a 2015 licence in December."

"Astana v UCI licence fight could run 'until the summer' - Astana's fight to keep their licence could run until the end of the Giro d'Italia at least, and perhaps up to the start of the Tour de France."

Feb. 27, 2015 — The UCI world cycling federation on Friday called for the withdrawal of the racing licence for the Astana team of Tour de France winner Vincenzo Nibali over doping accusations. The UCI said a study on the Kazakhstan-based team contains “compelling grounds” for a review by the body’s independently run Licence Commission and that it requests “the Astana Pro Team licence be withdrawn.”

"Nov 26, 2014 – Kazakhstan and its professional cycling team Astana, whose star rider is Tour de France champion Vincenzo Nibali, were rocked by yet another doping scandal on Wednesday with the news that a fifth rider had failed a drug test." 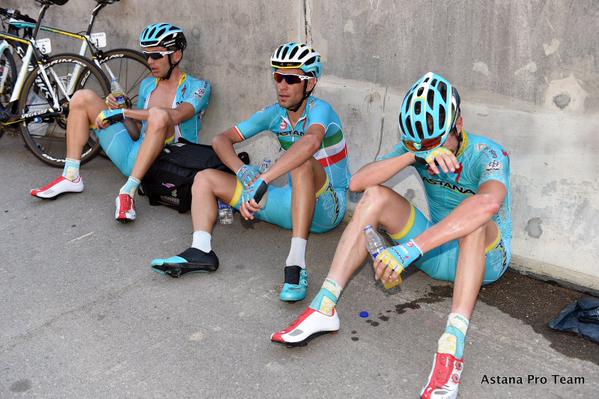